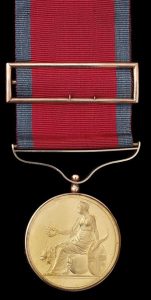 Major Jacob Tonson for commanding 2/84th on the death of Lloyd and taking command of Major-General Robinson’s Brigade 11th December 1813, following both Robinson and his deputy Piper having being wounded – Gold Medal Nive in the collection of Regimental Museum

Having received the Gold Medal, he was only entitled to claim Peninsula Medal with single clasp Nivelle which is held in a private collection 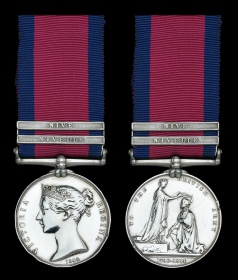 Personal application only for the medal, however if the applicant died prior to issue it was passed to next-of-kin.

A number of men made claim for the clasps Pyrenees, St Sebastian, Orthes, Toulousse. These claims were refused.

155 Officers and men survived to make their claim

3. A silver engraved medal, 1 3/8 in. diameter with raised rim and loop for suspension. Obverse , in the centre a rose surmonted by a crown, below on a ribbon, 84th Foot surrounded by the inscription York & Lancaster  Reverse The reward of Merit, 1810; awarded to John Crossley. Quarter Master 1st Battalion 84th Foot 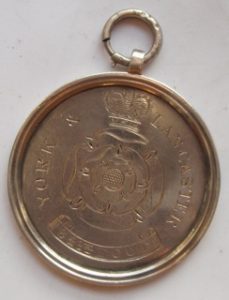 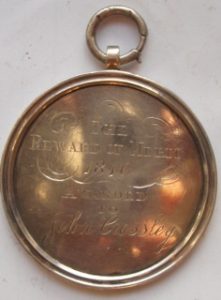