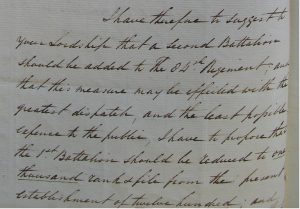 On the 6th January 1808 Frederick, Duke of York (Commander-in-Chief) wrote to Lord Castlereagh (Secretary of War) recommending a reduction of the 1st Battalion 84th Foot from 1,200 men to 1,000.

The additional men and Depot Company to be formed into a 2nd Battalion initially established at 400 men under the command of one major and any additional Lieutenants from the 1st Battalion.

The eventual establishment of the 2nd Battalion  was to be 1,000 men

2nd Battalion Muster’s commenced on the 25th February 1808 and consisted:-

The greater part of the recruits were from the Lancashire area and stationed at Preston.

During the following months, the 2nd battalion was to march from Preston via Chorley, Bolton, Rochdale, Halifax, Leeds, Tadcaster, York, Market Weighton, Pocklington, Beverley and finally Hull, where they were to be used for Port defence and protection of Britain’s trading interest. 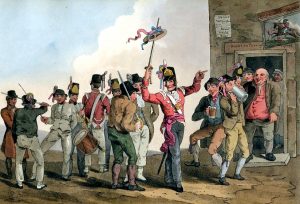 Volunteers were also raised from the following:- 7th Garrison Battalion at Athlone and the Meath and Kilkenny Militia.

31st October 1808, a report from Lord Calvert  highlighted a lot of irregularities arising between the recruiting parties of the 2/84th and the Inspecting Field Officer,

Probably due to the high concentration of recruiting party’s in particular areas, which encouraged departure from the set requirements namely : –

“Health, strength, soundness of functions various body parts, as to his mind it is considered sufficient if he be deemed capable of being taught the duties of a soldier.”

No enquiry was to be made into intellectual culture or moral conduct. 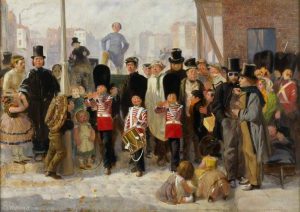 11th November 1808 a letter from Horse Guards directed that the 84th Foot was one of thirteen Regiments authorised to recruit ‘boys’ into the 2nd Battalions in the proportion of ten per company – are not to be taken above sixteen years of age, nor less than five feet tall…….and they are to be clothed in every respect like the Men of the Regiment